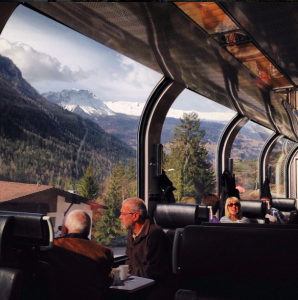 Looking for a budget vacation and a few European adventures along the way? What about designing your own route around Europe to see all those dream destinations? You can spend a weekend in romantic Paris and see the Alps before checking out the ancient architecture in Rome. Read on for how to use a Eurail ticket to plan your vacation because Europe is a lot cheaper than you think. Travel by trail is easy and efficient in Europe today and there are hundreds of destinations to choose from all over the continent.

Eurail is an excellent way of seeing as much or as little of Europe as you like. The passes are split into a variety of combinations and price brackets so you can plan for a four country visit or a whistle-stop tour of the major European nations. The tickets are designed to either travel on consecutive days or on a set number of days within a given time period. And with a journey planner within the website itself you can start designing your dream journey today as well as set a budget. A Global Pass gives access to 28 countries and starts at 297 Euros whilst a one country pass is priced from 59 Euros.

The four day passes start at 114 Euros so there is a lot to choose from when creating that journey. Over 300,000 people take a Eurail journey each year with some on the vacation of a lifetime and others preferring to focus on one or two countries in depth. That means that when you plan your accommodation, chances are that you’ll meet fellow Eurailers along the route as there are many hostels and budget hotels that are on the main Eurail routes. 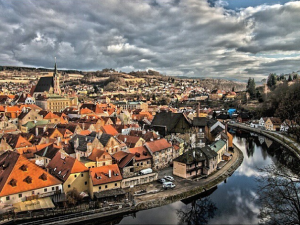 Eurail tickets are ideal for taking in the classic cities of Europe from Budapest to artistic Amsterdam and ancient Athens. Many ferry routes are included too so you could spend time on the Greek Islands or explore Sicily. Another feature of Eurail is that so many classic rail journeys can be completed using these tickets including the famous Bergen to Oslo route in Norway. Or, you can sweep across the Alps on the Bernina Express which winds through Switzerland and Italy. There are high speed trains too like the Altaria which sweeps through Spain from Madrid to Algeciras in just a few hours. Or, you can take it slow and ride one of the Alpine cog wheel railways up Europe’s highest mountains. Why not plan for a special event such as the Oktoberfest in Munich or the Carnival of Venice?

Eurorail passes are just the thing to set your imagination going and to make that adventure in Europe a reality for a realistic price. Start by checking out the website and planning a few routes. You’ll be amazed at how far you can get on a budget and how you can live the Eurail dream.

Check out the official Eurail site to get some great ideas on popular destinations.