Want to get Away? No, really far away? Unique Travel Destinations.

Home » Blog » Want to get Away? No, really far away? Unique Travel Destinations. 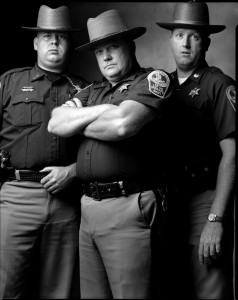 So  you are on the lam, running from the law, and don’t want anyone find you, or just really want to get away from it all?
We’ve got some far out destinations for ya. These are not the vacations your friends have taken nor are they for everyone, but if the usual tourist laden tour isn;t cutting it for you, these remote locations, often a chore to get to, will find you in really another world all together. You will experience a complete detachment to your life as you know it and more than likely come back with a new outlook on life.

Here is our top 8 list on remote destinations for you to really get a break from the stress we constantly face on our everyday lives. 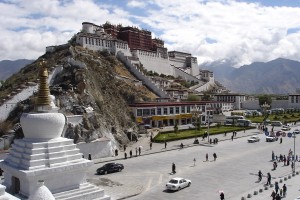 1 – Tibet – This is just like taking a step back. If you go to Tibet, you will certainly change your life and come back completely renewed. If you really visit the country with cleverness, you can visit temples and caves that date back hundreds of years, and learn from a culture that has more knowledge to share than what anyone would ever be able to handle on their own. There’s so much knowledge in Tibet, it’s almost unbelievable. Furthermore, the Himalayas are in the backdrop of the country, and there you can see the biggest mountain in the world – truly an amazing place to be at.  Find out more at Tibet.org 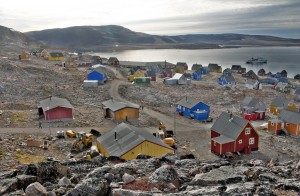 2 – Ittoqqortoormiit, Greenland – That was hard to read, wasn’t it? Greenland might be big, but due to its remote location it doesn’t have a lot of people living in it. In the remote settlement of Ittoqqortoormiit there are only 500 inhabitants, which means people have a lot of space to do whatever they want to in there (respecting the law, that is). Visitors can do a lot of actives such as dog sledding and trophy hunting. Furthermore, just to get there you’ll need to take a plane, and then travel from the airport to Ittoqqortoormiit in a helicopter!
Find out more at Greenland.comantartica

3 – Antarctica – If you really want to get away, this is the place to go. It’s at the bottom of planet Earth and if you don’t want to go there, you will want to! Besides being the South Pole, it is filled up with penguins and seals that’ll make the whole thing a lot cuter! There’s lot of things to do in Antarctica, but admiring the wildlife and the natural scenario will the things you do the most, simply because they will blow your mind. Getting there isn’t easy, since you’ll have to go to Argentina first, to a small village, and then to a research station in Antarctica.
Find out more at Cool Antarctica

4 – Nauru – This country is the least one visited in the whole world. It is a micro nation in the Micronesia sub region of Oceania. The country itself is beautiful, pretty much like Hawaii but not as popular so it won’t have a giant amount of tourists roaming around. It has white sand beaches and amazing clear water. Furthermore, it’s so small, you can even jog around the whole country just for exercise. You can exercise, relax, and be treated like a king in Nauru.

Find out more at Nationsonline 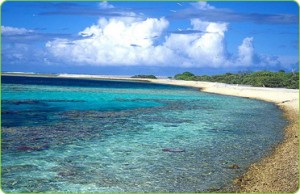 5 – Pitcairn Islands – This is a small group of Islands located in the South Pacific and they are the last British colony in existence. The group is made out of four islands, but Pitcairn is the only one that has people living in it. There is only one settlement, Adamstown, and everyone lives in it, so you can get a picture of how quiet things will be down there. It’s quite difficult to get there, since you’ll need to pay a fee to get a license jut to show you are in good health, and then you’ll have to prove you have a way to leave the island and at least enough money to cover one week of your livings costs (around $ 250) To get there, you need to first take a plane to the Gambier Islands, and then take a vessel that takes around 32 hours to arrive. Once you arrive, it just might be worth it, since you can see petroglyphs and a shipwreck!   Find out more at Pitcairn.pn 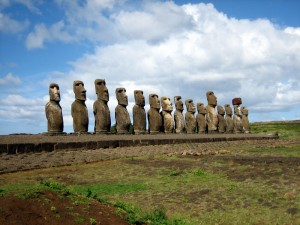 6 – Easter Island – Famous for the Moai statues in the Island, Easter Island is one of the most well-known and researched remote islands in the whole wide world. They are a special territory of Chile, and it is pretty hard getting there since it Is located almost 1,300 miles away from the closest inhabited island. You need to check ahead with LAN Airlines, since they don’t run daily flights to the location itself. It’s simply not a justified flight for them. Once you’re there, you can see the Moai themselves, but there are also volcanic craters and white sand beaches to relax in. 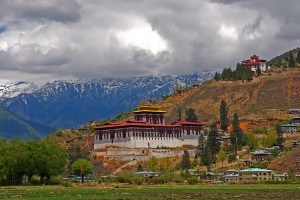 7 – Bhutan – Bhutan is a small country located near the Himalayas, between China and India. This is the world’s last Buddhist Kingdom in existence and it has developed philosophy beyond the understanding of most Western nations. In here, they don’t really look at Gross National Income (GNI), but they care about GNH, Gross National Happiness. Taking a trip to this country is like taking trip to one of the most developed philosophical sites of the world. There are a lot of things to see in Bhutan, including national parks and wildlife sanctuaries. The most important thing to see, however, are Dzongs (fortresses) and monasteries. Find out more at Kingdom of Bhutan 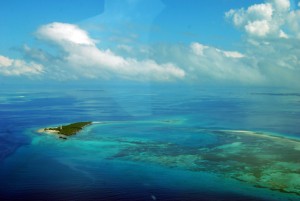 8 – Chumbe Island – In Tanzania, this is a nature reserve that cannot be destroyed and as such, can only be seen by visitors accompanied by at least one of the rangers from the park. This is a marine park, and it has amazing coral reefs, that need to be taken care of and snorkeling shallow water available for visitors. Visiting this place is vising one of the most well preserved places on Earth, mirroring its beauty.

Find out more at ChumbeIsland.com